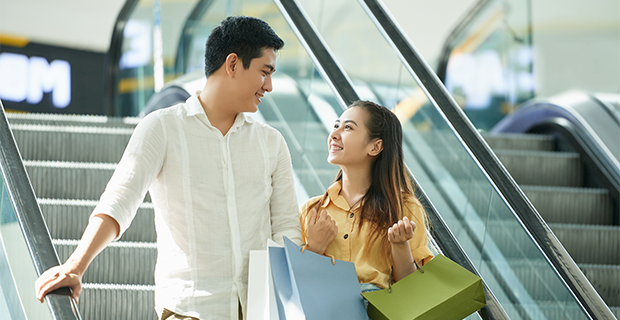 Chinese arrivals to Europe increased 5.1% in 2018 despite the relative slowdown in the Chinese economy and concerns over Brexit, according to the latest figures from the European Travel Commission (ETC) and air travel analyst ForwardKeys.

Europe continues to be the top destination for Chinese travellers, according to ForwardKeys, which monitors 17 million flight bookings a day. 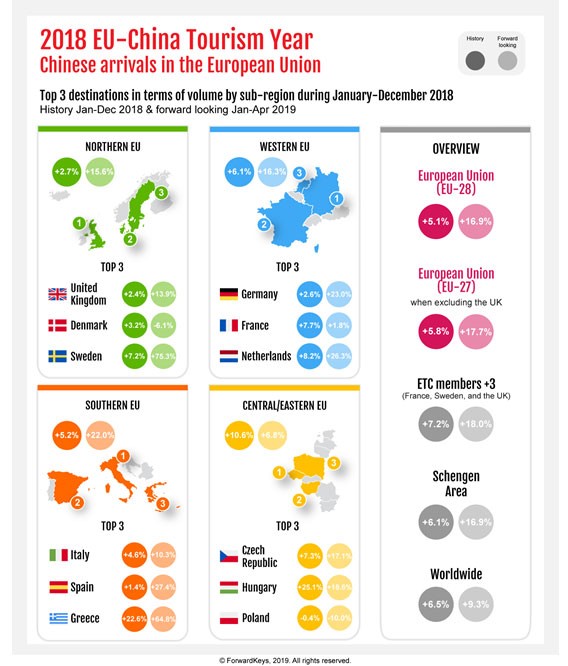 The ETC hailed the data a success of the EU-China Tourism Year 2018, which was designed to promote the EU as a tourism destination to the rapidly-growing Chinese market.

Forward booking numbers from Forwardkeys are robust. As of 31 December 2018, Chinese bookings to the EU for the first four months of 2019 are 16.9% ahead of where they were at the end of 2017, comparing favourably to the global trend, which is 9.3% ahead.

Bookings by Chinese travellers for trips to the EU during the 2019 Chinese New Year season were ahead 9.2% compared to last year – above the global average of 0.2%. According to the data, Chinese travellers arrived two-weeks before the Golden Week. Some returned home in time to celebrate New Year, while others chose longer stays within the EU. 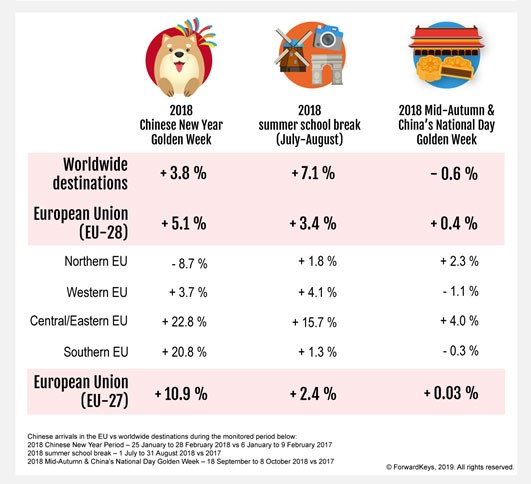 Last year, Chinese travel to the EU registered above-global-average performances for the two Golden Week periods in 2018 (Chinese New Year and October). Within the EU, Central/Eastern EU was the fastest growing region, and outperformed the EU average during each of the three busy periods (the two Golden Weeks and the summer school break). 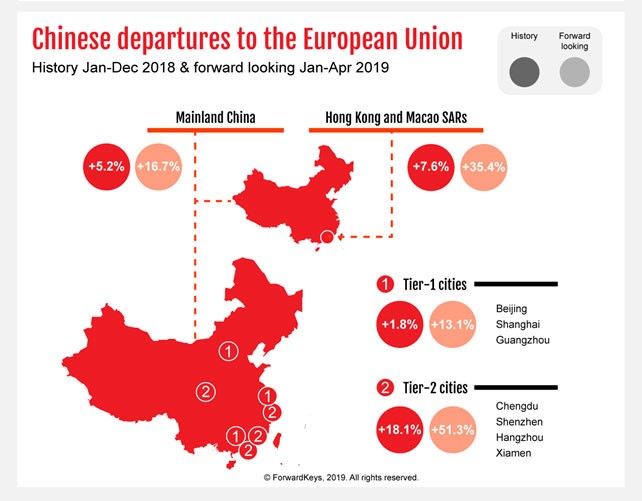 European Travel Commission Executive Director Eduardo Santander said: “The 2018 EU-China Tourism Year initiative has been extremely successful. And we continue to see the benefits in 2019. The growth in Chinese travellers has been solid, and the near future, judging by current bookings, will see the EU continuing to increase its share of this valuable market, not just to traditional destinations, but lesser-known and emerging ones as well.”

ForwardKeys CEO Olivier Jager commented: “Our findings confirm what a concerted effort to boost tourism can achieve. It also appears to have lasting effects, as we can see in the forward booking figures.”